Audible Version of Extinction Live
- Watch the Extinction of the Human Race - LIVE as it happens.  Not for the squeamish or the faint of heart -
LISTEN to a classic Sci-Fi novel while at work or play (We won't tell your boss)
We're going through the early stages of the greatest mass extinction in the evolution of life on planet Earth.  The first to go are the birds.  IN America alone we've lost over 7 billion birds in the last few years.  Their disappearance continues as the planet heats up.  In 1960 Rachel Carson warned us about The Silent Spring.  She slowed down the demise of our bird populations, but have you heard them singing lately?
Next will be the bees.  They are already hurting and fighting for their hives.
No one is able to even slow it down.  Our Government has been ABOLISHING ENVIRONMENTAL CONTROLS over the last fifty years that were helping to slow our extinction down a modicum.  Exxon/Mobil recently announced that they will be increasing their emissions of Carbon Dioxide and Carbon Monoxide by 20% over the next few years.  Car Manufacturers are still selling us cars that pour more than 10 TONS OF CARBON DIOXIDE INTO THE EARTH'S ATMOSPHERE EVERY YEAR.  HOW?  WHY?  Just so that their top executives can take home MILLIONS and even BILLIONS per year in salaries and bonuses?
SHAME ON THEM
HAVE THEY NO COMPASSION FOR THEIR OWN KIND?
WHO will they sell their products to when we're all GONE?
What do they use in place of BRAINS?
Today, there is a science fiction author who believes he has all the answers through a round-about colonization of MARS where they learn how to treat their home planet simply because they must have a small footprint or they all die.
These lessons of how to terraform a world is brought back to the Earth in a most unusual way - an alien and highly advanced form of intelligence from the Alpha Centauri system - also taking place today.
If you like classic science fiction in the genre of Arthur C. Clarke, Jules Verne, Robert Heinlein, Kurt Vonnegut and other classic sci-fi writers this book may be for you.
NOT for the squeamish as you will witness the final moments of all human life on Earth and it ain't pretty.
COMING SOON - SOMETHING WE CAN ALL DO 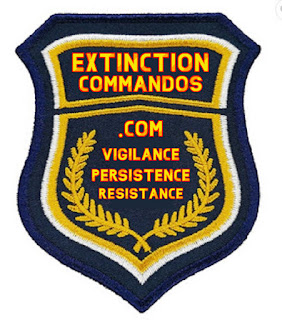