My latest work - Extinction Live - Watch the Extinction of the Human Race LIVE as it happens.  May be your last chance. 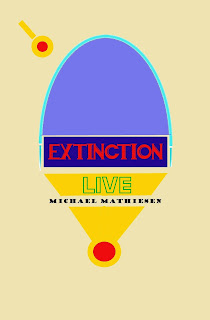 Science Fiction - OR - Science Fact - YOU be the JUDGE

By the end of this century - the Human Race on Earth has gone extinct.  The only hope comes from Mars where Spacex Colonists have made so much progress in terra-forming Mars to make it more habitable, they have some surprises for their home planet.  But, their Artificial Intelligent Scout - K-9 is having some problems finding the right conditions for the project to proceed, although he's doing his best, but he's also falling in love with the descendant of Siri - Yes, Siri, Cortana and Alexa all have some DNA in our future believe it or not.  Keep them plugged in and you'll see.

BUT, as luck would have it, there is a new kind of space ship engine based on Positronium that also plays a huge role.  The Science for this engine could actually replace chemical rockets and help us reach our nearest stars in your life time and could win the author the Nobel Prize in Physics.

JUST IN TIME FOR CHRISTMAS